The one with the brand new logo


About a month ago I announced I'd been signed by Realmwalker Publishing Group, a small but rapidly growing publishing house in the U.S. It was a big step for me. I released my first novel in March of 2014 and relinquishing control now is a bit like sending your kids off to school for the first time. Will the bookshops be nice to it? Will it be able to fit in with the cool books from the bigger publishers? What if it gets bullied by a hardback? (I sense I should stop now.)

It's hard to take a step back as well. Right now I can log in and see exactly what sales have been made on a given website. I can change the price, or do promotions any time I like. All of this is about to change, and it's going to take a bit of mental adjustment.

There's a lot of going back and forth with something like this. Legal stuff, discussions over whether the word colour should have a U (it should), and whether tea she belong in Boston harbour (it doesn't). Despite the six hour time difference, these guys been great. I wanted to keep my original covers because Vin had done such a good job with them. RPG have ruined them, of course, by sticking my ugly face on the back, but doesn't that logo look good down there? 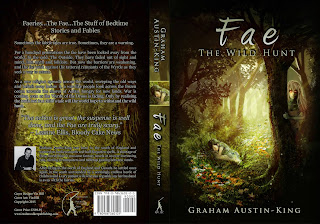 There's a lot going on in the next few months. Both books should be on shelves by August on both sides of the Atlantic and I'll be at a number of conventions, releasing my inner geek. It's all a little surreal to be honest, thankfully I have a very cool wife to keep me grounded. There's nothing like being sent off to deal with a dirty nappy (diaper) to bring you back to reality.
Posted by Unknown at 23:18 3 comments:

I'm going to rant for a bit. This has nothing to do with my books, or even with writing, but I think it needs to be said.

For those of you that don't know, we just had an election here in the U.K. The result was unexpected by most, but that's not really what I want to talk about. What I want to talk about is the way that we, as a people have behaved, particularly online.  This election saw a better voter turn-out than recent years, in fact the highest since 1997. This, to my mind, is a good thing. It's a very good thing. There isn't much point in having a democracy if people don't participate in the process.

People have been much more involved this time around. A lot more people have  made the effort, and educated themselves on the issues. There are many people in this country who are genuinely passionate about their beliefs, and the direction this country takes. All of this is good. It's very good! What is less good, is the way this has been expressed on social media.

Our world has changed. It started changing the day the internet became widely available, complete with modems that sounded like  a collection of bell ringers being forced through a blender. Social media is everywhere now, and there are very few people in western society who aren't on Facebook or Twitter or Tumbler, or some other thing that I don't even know about yet.

The problem with social media, and the internet in general, is that it can seem faceless and anonymous, even though it really isn't. People behave in ways that they (hopefully) would never dream of acting in public. Take the recent attacks on J.K Rowling, for example. She has been the victim of the most horrendous attacks via Twitter, just because she supports a particular political party. She's had her parentage called into question, and received suggestions of the most unlikely of anatomical arrangements. I don't think a human even can put their head there... I'm drifting off topic here aren't I?

Okay, so closer to home for me, my wife was recently attacked in much the same way. "Shame on you!" she was virtually heckled, just for the way she'd voted. Now, before I go any further, I just want to point out that this wasn't because she voted for a racist party, or even anything remotely extremist. It was because she chose to support a mainstream party. It wasn't even poorly concealed within an intelligent debate. It was just out and out hating. So she got sick of the effluent river of abuse that has been flowing through her Facebook feed, vilifying those that supported the winning party, and she spoke out.

Should she have kept quiet?  Well, it would probably have made for a more pleasant morning for her, but then, why should she have to? Why should anyone have to hide, or be ashamed of, their political beliefs? We're not talking about a closet Ku Klux Klan member here? We're talking about a person who, having examined the issues, made a personal choice based on what she felt was best for her family. Isn't that how the majority of people cast their vote?

More importantly, even if you disagree with the choice she made, isn't it her right to hold those beliefs and to be able to vote without abuse, both before and after the event? It sounds a bit melodramatic but people died for our right to vote. It could be argued that as a female voter, then her right came at a far higher price than mine. I'm a white, English, property owner. I would have had the vote centuries ago.

Also, and I'm speaking to the haters out there, in case you hadn't noticed, the election is over. It's done. Even if people were to change their minds now, it wouldn't matter anyway. As a general point though, comparing people to selfish female bovine body parts isn't the most convincing of arguments, and probably won't change anyone's voting habits. Not J.K Rowling's, and definitely not my wife's.

Social media is a wonderful thing. It can, and does, promote the exchange of beliefs and knowledge. It is slowly shrinking our world and breaking down the crumbling remains of ignorance and bigotry. This should be a force for good in our world, a continuing cultural education, not an avenue for petty minded cowards to hurl abuse from behind the parapet, safe behind the LCD walls of their laptop screens. Exchange ideas! Learn something, even if it's just how many photos of cats there are on Facebook that day. Don't hate!

I know I'm preaching a little here, but she's my wife and this stuff brings out the neanderthal in me, besides the message isn't really that complicated. Be nice! You all remember what you were told as a child. It might have come from your parents, or a teacher or someone else entirely, but I'm willing to bet we all heard it at least once. If you can't say something nice then don't say anything at all. And if your party lost in the election... get over it! Move on. Read a book ;-)

Rant over... I promise the next blog post will have something about publishers and fae in it.